The Environmental Cost of Land Reclamation

Dredgers surround Mischief Reef in the Spratly Islands on the South China Sea. These vessels pump sediment from the ocean floor up into floating pipes (visible on the surface of the water) and deposit the material onto the reef to increase usable land area. (9.916667°, 115.533333°) Source imagery: Maxar

Land — we cultivate it for food, mine it for resources, and build our homes upon it. We travel across it, wage wars over it, and even worship it. We spend nearly all of our time on it, and most of us are buried in it when we die. Sometimes, we even create it.

Land reclamation is the process of creating new land from the beds of oceans, seas, lakes or rivers. While it has been performed occasionally, and on a small scale, for hundreds of years, it became an increasingly popular practice throughout the mid-1900s. Today, as usable land grows scarce under Earth’s growing population, land reclamation is used across the planet to extend national borders, expand cities, and make it possible to build new structures.

Land reclamation is used around the world, for many purposes. From left: Hamad International Airport in Doha, Qatar; peat polders in Loosdrecht, Netherlands; and Thilafushi, a waste-storage island in the Maldives. Source imagery: Airbus Space / Maxar

Reclaiming land has its benefits. On the most basic level, it creates space—new land can be used to alleviate a congested city, construct new homes, infrastructure, and even add public parks, beaches or other open-air enhancements. In Hong Kong, a mountainous city of 7.5 million people and growing, land reclamation has been a key solution to curb overcrowding. Most of the city’s urban area is built on reclaimed land and a new development project, the “Lantau Tomorrow Vision,” plans to add 4,200 acres (1,700 hectares) of land and house as many as 1.1 million Hong Kongers.

Land reclamation creates jobs, not only for those who do the actual reclamation work, but also for those who become employed at establishments on the added land. It can boost industry, tourism and overall economic development. The island city-state of Singapore is a prime example of this. It has used reclaimed land to build Changi Airport — one of the world’s busiest passenger airports — and Marina Bay, an 890-acre (360-hectare) extension to its Central Business District that contains some of the most valuable resorts in the world. Singapore is the smallest country in Asia, yet has one of the world’s most competitive economies thanks in large part to its land reclamation.

Singapore is in the midst of constructing its Tuas Mega Port using reclaimed land, with completion expected between 2025 and 2027. Once complete, it will be the world's largest container terminal, able to handle nearly 65 million TEUs annually. Phase 1 of the four-phase project used more than 80 million cubic meters of reclamation fill—enough to fill the Great Pyramid of Giza 30 times. (1.235722°, 103.623647°) Source imagery: Maxar

Looking at these factors alone, it seems land reclamation can do a lot to improve overall quality of life — for humans, at least. For other species, especially those in marine ecosystems, land reclamation can be devastating. Not to mention, it is harmful to the natural environment.

Most reclamation projects use “infilling,” a method that involves packing a designated area full of rock and soil until it can be built upon. When this fill material is gathered hastily, it can cause habitat destruction and increase the likelihood of erosion and flooding in the area from which it is taken.

One of the busiest sand dredging sites in the world is at Poyang Lake, in China’s Jiangxi Province. On an average day here, hundreds of dredging vessels can collect upwards of 10,000 tonnes of sand per hour. Poyang is China’s largest lake, but it is losing water fast — its outflow channels have been carved deeper and wider by dredging. The wetlands surrounding Poyang are consequently drying up, as well. This spells trouble, not only for the people who live around it, but also for its large population of migratory birds and the endangered freshwater porpoise, which has only a few remaining habitats on Earth.

Problems with land reclamation do not stop once fill material has been gathered, though. They also occur when that fill is dumped at the reclamation site. Entire aquatic ecosystems can be buried, quite literally, by land reclamation. Examples of this can be seen along the coastlines of Bahrain and the United Arab Emirates, where massive artificial islands have killed natural coral formations and beds of kelp, seaweed and other underwater plants. With these food sources gone, marine animals are pushed out of their habitats and made vulnerable to starvation. 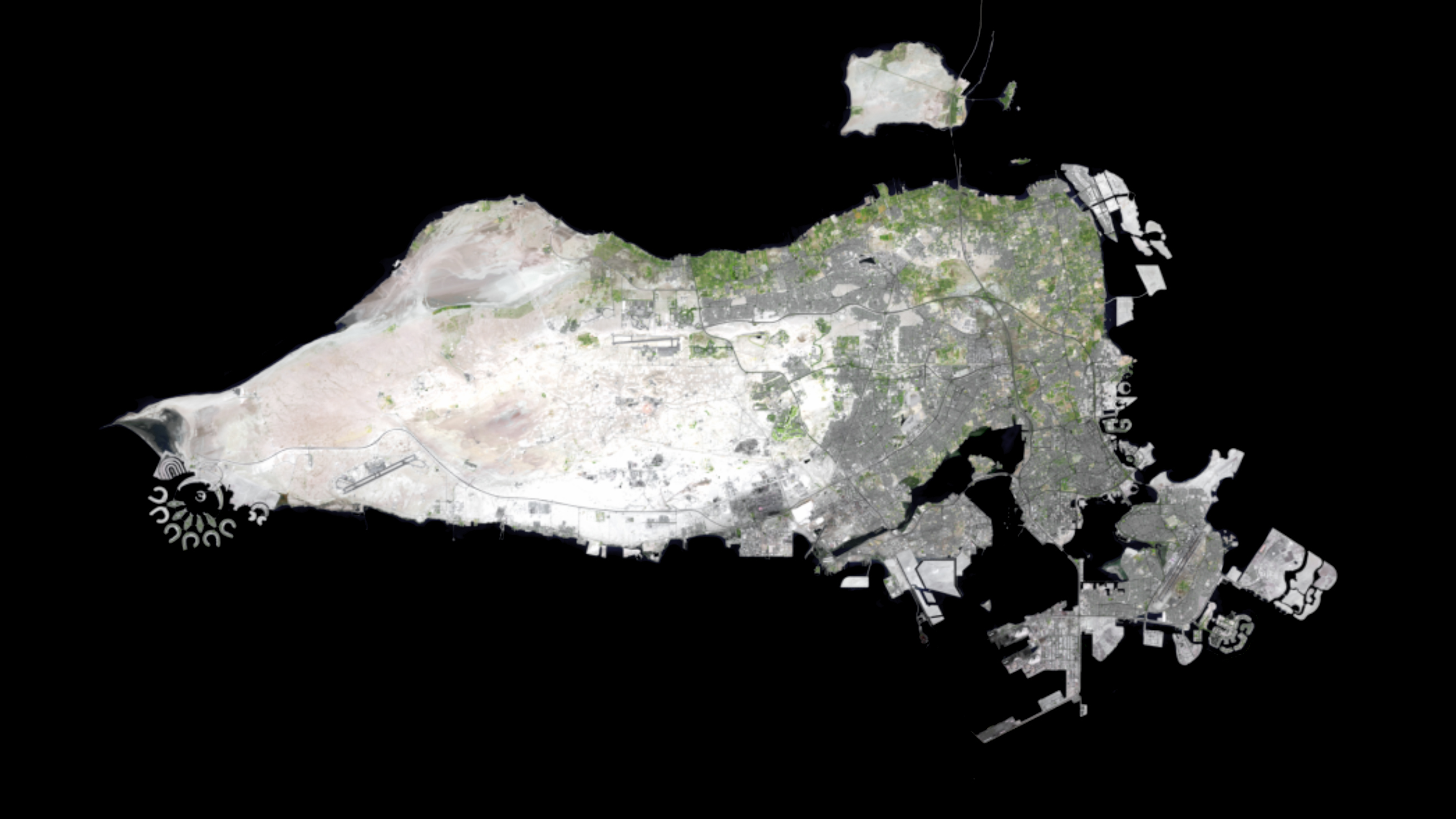 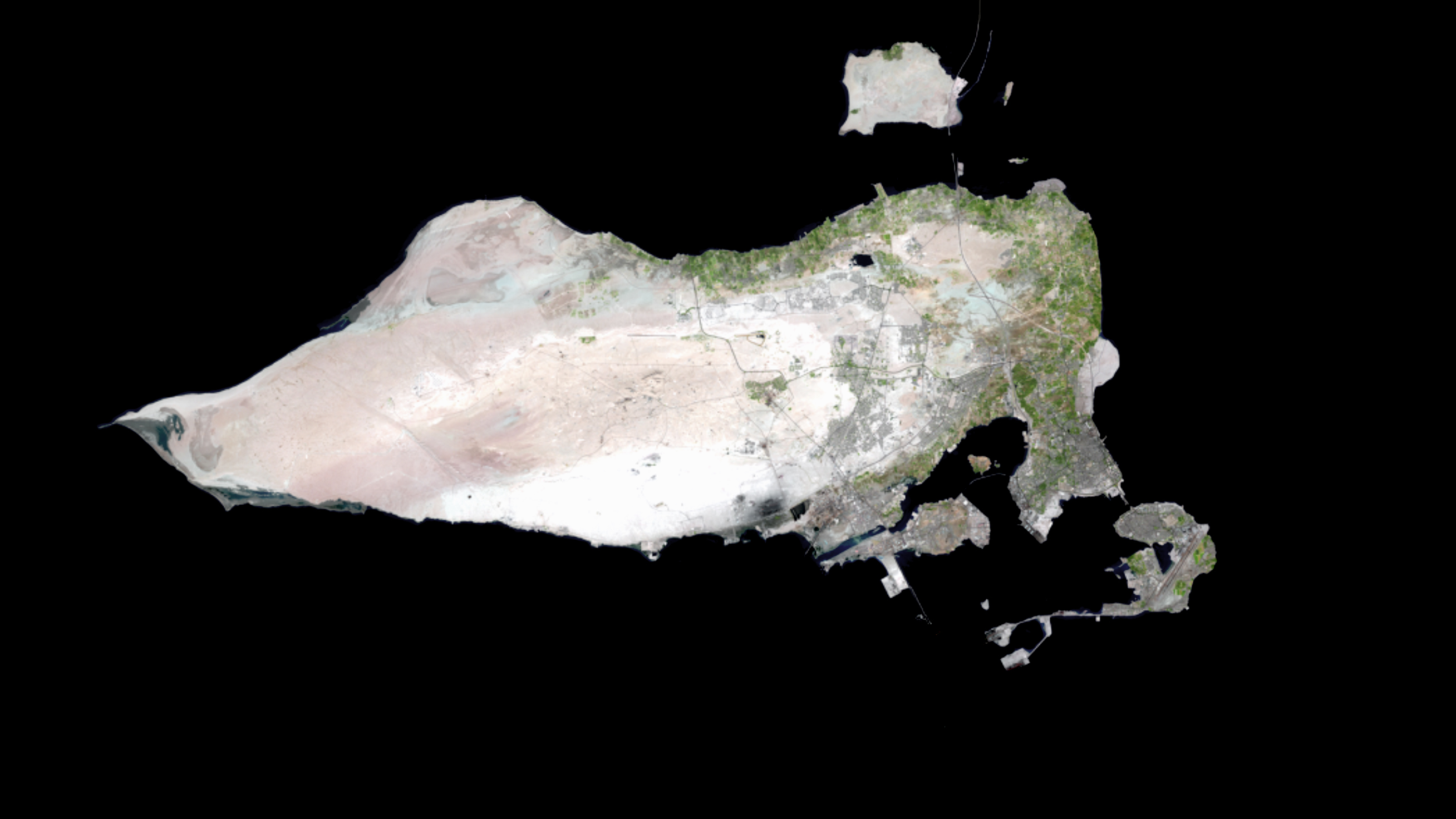 One final, yet rather large, concern arises when land reclamation is considered alongside climate change and sea level rise. The Intergovernmental Panel on Climate Change (IPCC) predicts 0.6 to 1.1 meters (1 to 3 feet) of global sea level rise by 2100. If this holds true, many reclaimed lands — due to their low-lying, coastal positioning — are at risk for serious flooding. Even worse, the IPCC says, is that flooding “will be exacerbated in cases of land reclamation and where anthropogenic [man-made] barriers prevent inland migration of marshes and mangroves…” This is particularly concerning given that land reclamation destroys more than 3,000 square miles (8,000 square km) of Earth’s coastal wetlands every year.

In some cases, however, land reclamation is performed for the sole purpose of preventing floods. Dikes, polders, and storm surge barriers have helped protect the Netherlands from flooding along the North Sea, but there is some concern about how they will hold up against sea level rise.

The Oosterscheldekering is part of a series of dams designed to protect the Netherlands from North Sea flooding. The storm surge barrier relies on two artificial islands to span the 5.6 miles (9 km) of the mouth of the Scheldt River. (51.608691°, 3.681047°) Source imagery: Maxar

So, what can be done? Land is a finite resource, and the need for more of it will only continue to grow as the human population grows and consumes more. If land reclamation is to continue, it should be reigned in by some form of international treaty, much like the Paris Agreement sets goals for limiting greenhouse gas emissions. This could help ensure more responsible, environmentally conscious methods are used, and also ward off international territory disputes and illegal sand mining — two problems that have resulted from hasty land reclamation.

Hopeful alternatives are also on the horizon. Some organizations, like the San Francisco-based Seasteading Institute, advocate for communities that don’t require land at all. They are researching and planning for autonomous floating cities around the world and have several trial “seasteads” in the works right now.

Floating communities are not an entirely new concept. Some 4,000 people live in floating villages around Cát Bà Archipelago in northern Vietnam. Similar villages exist around the world, and some have been inhabited for hundreds, if not thousands, of years. (20.800000°, 106.999722°) Source imagery: Maxar

No matter what route our planet takes, future land reclamation must be more thoughtful. Reclamation projects performed in harmony with a region’s unique natural dynamic are proven to be more sustainable, longer lasting and less disruptive to wildlife and the environment. Projects that are rushed or inconsiderate of their environment are destructive and may ultimately fail.

Rising energy demands may mean increasing the role of nuclear

Eating Away at Earth

How agriculture and consumption of animals shapes the planet